Making Taxes Work for Women in Africa - With Chenai Mukumba

As part of the Global Days of Action on Tax Justice for Women's Rights 2021, the Global Alliance for Tax Justice invited some members and partners to tell us about the impacts of tax systems on women in their region and how we could make taxes work for women. Chenai Mukumba, Policy Research and Advocacy Manager at Tax Justice Network Africa (TJNA), opens this series of conversations.

1. At the moment, how do taxes work for women in Africa?

The role of taxes in any country is to help it domestically raise the revenues it requires to achieve its developmental objectives. Africa’s ability to raise its own resources currently is hindered by the illicit outflow of revenue which accounts for USD 86 billion annually. As such, given Africa’s limited purse, many African countries are constrained in their ability to invest in key social sectors, many of which are predominantly used by women. Insufficient investment into sectors such as education, health care and social protection is disproportionately affecting African women given that their limited access to the formal labour market makes them most dependent on these very public services. Further to this, in many African countries, the way in which these very taxes are collected disproportionately places the burden on women.

In Africa, revenue authorities tend to be largely dependent on taxes on goods and services due to the ease of collecting consumption taxes. However, due to the indiscriminate nature of these taxes they are most harmful towards the very people they are supposed to benefit. With consumption taxes, everyone pays the same amount of tax for any given good or service regardless of their income. As such, the poor and marginalised contribute a larger proportion of their incomes to the government treasuries than wealthier individuals and corporates. Given that women account for up to 70 percent of poor populations in African countries, these taxes have the most detrimental effect on them. 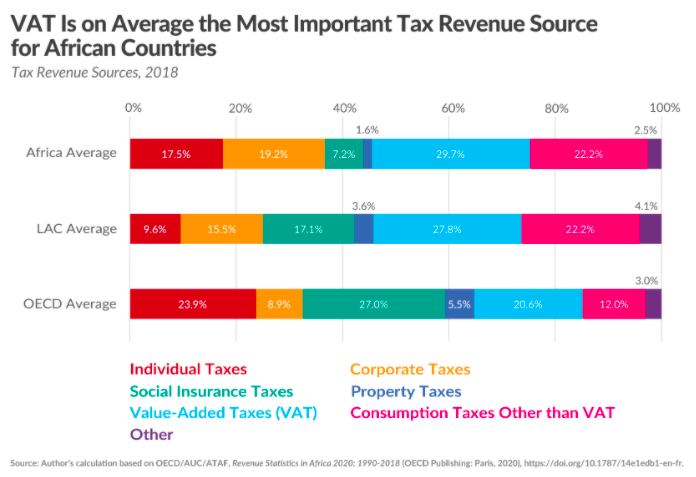 2. How could Africa incorporate the demands of the global movement to 'Make Taxes Work for Women' as part of the recovery measures to overcome the COVID-19-triggered crises?

The Global Days of Action on Tax Justice for Women's Rights provide a number of action steps that if implemented could have a positive impact on the lives of women across the continent. The campaign’s focus on care work highlights a key contributor to gender inequality across the continent. Indeed, if tax and fiscal policies recognised, reduced and redistributed unpaid care work as well as rightfully rewarded paid care work, this would contribute to a just socio-economic recovery for the continent.

The outbreak of the COVID-19 pandemic increased women’s care burden given their role as primary caregivers within families. During the pandemic, women have been expected to take care of family members that have fallen sick, and as have schools closed, women have also taken up the primary role of looking after the children during school hours.

The campaign highlights that care work is at the heart of our societies and without the care economy our societies would not function. As such, using taxes to implement policies that recognise, reduce and redistribute unpaid care work, as well as reward paid care work would be a key step in making taxes work for women in a way that would have benefits for all, not just women.

3. What should change to address gender in/equality in its various intersecting dimensions?

In order to address gender inequality, tax systems need to have measures that increase tax revenue in a way that does not harm the very people who are most in need of the revenue.

Increasing revenues will require that governments put in place measures to increase the amount of money going into their national purse in a progressive manner. Implementing a progressive taxation system that ensures that those who earn the least pay the least and those that earn the most, pay the most is at the heart of a just tax system. To do this, there is a need to minimise exemptions and incentives given to corporates as well as ensure that they pay their fair share of taxes; there is also a need to impose taxes on high net-worth individuals, as well as impose taxes on property, capital gains, inheritances, and other wealth taxes. As indicated earlier, these efforts will also need to be buttressed by efforts to curb the outflow of this revenue.

While indeed the technical capacity to make these needs to be strengthened, at the heart of the attainment of these objectives lies political will. African governments must be committed to putting in the work required to position themselves to address gender inequality in all its various forms. Doing so is how African governments will ‘make taxes work for women’.